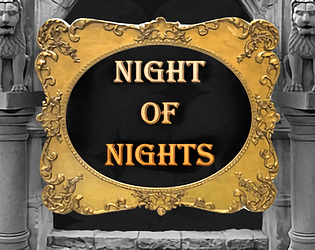 If I should choose only one game of this year’s EctoComp, it would be this game, the Night of Nights. I think it’s a very atmospheric and very unique game, it summons the feeling of Italian Festivals. There are some Italian words in it, which makes the reader imagine the world of the game better. It can be a sort of exploration game, but it’s more than this, there are several conditions in the game, and has important role of the money, called tokens here. I think it’s far the best game in the jam, the world, which is depicted by more tha 13000 words is just wonderful. The introductions of the characters are superb, there are colorful details from the clothings, looks, and feelings about them. There are more endings, I found one, which I pleased with for the second playthrough. It’s a pity that I couldn’t vote, because my game was also in the jam, in an other cathegory. I would give it a five, of course. It’s a really good adventure game, thanks!